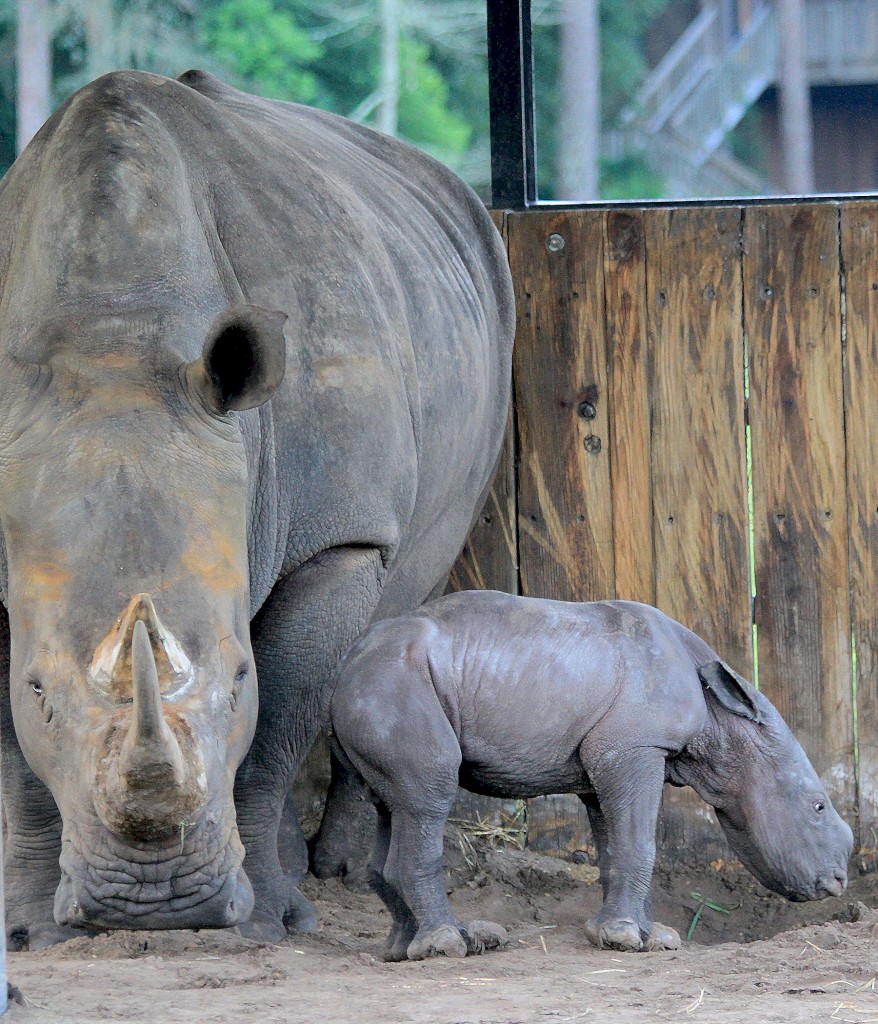 On August 27th, 2015, a male white rhino was born to one of our females here at White Oak. The calf is the second one to be born in less than a month! His ‘older’ half sister was born on August 12th and you can see photos of her on our previous blog.  We are pretty excited about it, to say the least.

This is the third calf for his mother, who was also born at White Oak fourteen years ago and he represents a long history of breeding white rhinos here at White Oak. To date, there have been 30 white rhinos born here beginning in 1994. 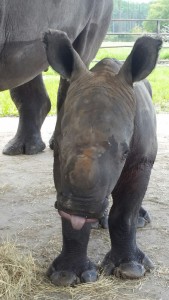 Did you know that white rhino calves can weigh over 100 lbs. at birth? But then their mothers can weigh almost 5,000 lbs!  Like giraffes and zebras, rhino calves get up and begin following their mothers within two hours of birth, rather than ‘hiding’ like many antelope species do. Their size of their feet at birth is partly due to the gelatinous perioplic membrane (say that five times fast) that covers the bottoms of their feet and protects the birth canal during birth. The membrane sheds off in a few days.

Rhino calves will nurse off their mothers for up to 18 months, but will start trying other foods like hay and grass at a very young age. The milk of a female white rhino is low in fat and high in lactose (a good source of energy) compared to the Indian rhino’s milk (learn more here).

This little guy will reach his full adult size in about 5 years. Hard to imagine that right now. If you get a chance to visit him, be sure to do it before he grows up. You have five years.