Happy #Gruidae! Get it? Gruidae? That’s the scientific family name for cranes. And today’s featured Gruidae is our wattled cranes and their chick that hatched on January 10th of this year.

Wattled cranes (Bugeranus carunculata) are known for their distinctive ‘wattles’ and are the tallest of the African cranes. They stand almost 4 ft. in height, have a wingspan of up to 8.5 feet, and can weigh up to 20 lbs. That’s a big bird.
But wattled cranes don’t start out that way. The chick weighed 142 grams when it hatched. That’s 0.31 lbs, or about the size of a baseball.

After spending a couple of the days on the nest, gathering strength, the chick began to follow its parents around, accepting every bit of food they offered it. Because of the amount of food it consumes (mainly tubers, rhizomes, seeds, insects, and small vertebrates) and the amazing care given by the parents, this little one will increase its body weight by 10% every day. Every. Day. Can you imagine if your kids gained 10% of their body weight every day? No wonder it takes both parents to feed this chick! 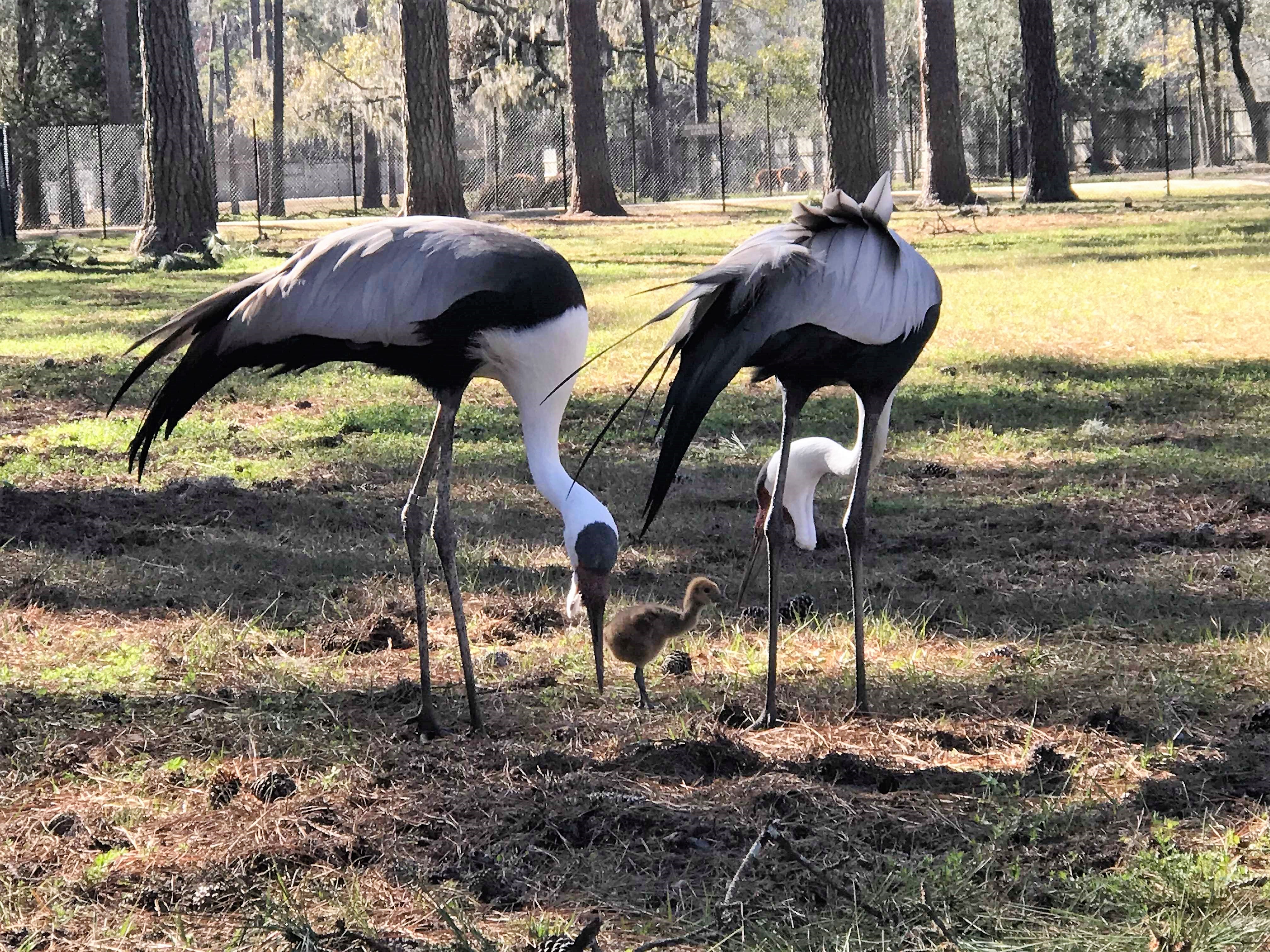 Speaking of the parents, this is not their first time raising a ‘baseball’. They have been raising chicks here at White Oak since 2005 and are very experienced. The female, at ~46 years old, is the oldest wattled crane in the U.S. population. Cranes are known to live a long time and she is no exception.
Want to learn more about our ‘Major League’ bird programs here at White Oak? (Oh yeah, we just said that). Check out our website: http://bit.ly/WObirds
After all ,every day is Gruidae!